Career Coach & Consultant | Hannah Salton | Create a career you love > Blog > Career Change > “You want to do WHAT?” How to ignore the cynics and achieve your career goals

“You want to do WHAT?” How to ignore the cynics and achieve your career goals

When I resigned from my corporate job to pursue my goal of becoming a career coach and consultant, I had a wide range of reactions. Some people were excited for me, some were confused, and others were (to put it simply) fairly negative about the plan I had spent the previous year drafting. There were lots of raised eyebrows and questions, and (what felt at the time) like a lot of negative judgement on what I was supposedly going to do. “Do you already have a steady stream of paid work?” I was asked, and “Do you have a business plan for the first 5 years?”. The answer to both of these was no. I’d done a lot of free coaching, and a fair amount of planning, but I couldn’t comfortably say that I was on a safe and steady cross over plan, with every future detail mapped out clearly ahead of me.

At the time, the probing questions and the incredulous looks were hard to deal with. I already had more than enough worries inside my own head, I didn’t need to take on everyone else’s concerns too. Because I eventually recognised that’s what the judgement often represented – the individual’s own career fear, projected on to me. They couldn’t contemplate making a similar career switch because of the risks they assumed were associated with it.

“Well, you’re certainly brave…” people would say, shaking their head in disbelief. But here’s the thing. I didn’t feel brave. I was scared. I had exactly the same fears and worries as everyone else that spoke their own to me. The only difference was this: I was able to sit with and challenge each one of my fears in an objective, non-emotional, and practical way. And I’m so pleased that I did.

Overinflated risk and extreme fear of career changing are very common, and often keep people frozen in a state of inaction. The fears and concerns about doing something different (both consciously and subconsciously) can keep you locked in a stable pattern of routine, and the idea of change can become so scary it makes staying put seem all the more comfy and appealing.

But fears can be challenged. They can be stopped in their tracks and examined in the cold, hard, light of day. And then we are then able to make better, more informed choices about just how risky a career move might be.

I’ve reflected on the vast array of fears I held before I left the corporate world and picked out my top three to share with you today. I’ve also included how I counter-challenged the fears and was able to overcome them enough to make the move away. (Note that I said overcome them ENOUGH to make the move. For me, The Fear never goes away completely).

1) Fear of throwing my career away

I loved a lot about working in graduate recruitment, so the idea of having to start from scratch if everything went wrong with my career change was definitely one that kept me stuck for a while. I had spent 8 years working my way up and to get where I wanted to be. If I left and wanted to come back, would I be able to? After talking it through with a friend who had taken a career break to travel the world before returning to a job of equal (if not more) desirability when she returned, I reasoned that I probably could. The skills, experience and knowledge I had built up over the years weren’t going to go anywhere. Yes, I might have to fight a bit harder to get back in to the corporate world, but with persistence and focus I’d find the right opportunity eventually.

2) Fear of a loss of earning

This was definitely a big worry for me. Even though I wouldn’t say I am particularly motivated by money, I was definitely motivated to not get evicted from my flat. I didn’t mind cutting back on eating out while I was getting started, but I still wanted to be able to eat. With this fear, I spent some time going through my current earnings and spending. I worked out what I could get by on, and what I wanted to earn. I also brainstormed ways I could make money if my new career was slow to take off. I could temp, or I could pick up some freelance graduate recruitment work. Failing that? I could even get a job pulling pints in a bar to tide things over.  This may have not been an ideal long-term solution, but knowing I had a plan to call upon if need be was a huge comfort to me.

This was a particular favourite of mine, and one that has haunted me ever since I got an E for AS Level Biology. I never enjoyed failing, and throughout my life I’ve always had an underlying desire to make my parents proud (cringe). In the past couple of years, my opinion of failure has slowly but surely shifted. Discovering lots of role models that had previously failed helped, as did reading ‘Black Box Thinking’ by Matthew Syed recently. The more I have read around and reflected on failure, the more I recognise that rather than being a begrudgingly accepted stressor to put up with, failure is a statistically essential element for significant growth and development. Once I acknowledge and let go of the knee-jerk human reaction to self-criticise, I really believe that failures are vital opportunities to learn.

From an evolutionary perspective, fear comes from a good place of wanting to keep you alive and safe. Pretending you don’t feel scared about making a change in your career is the equivalent of dealing with a hungry lion by simply shutting your eyes. It can still eat you. 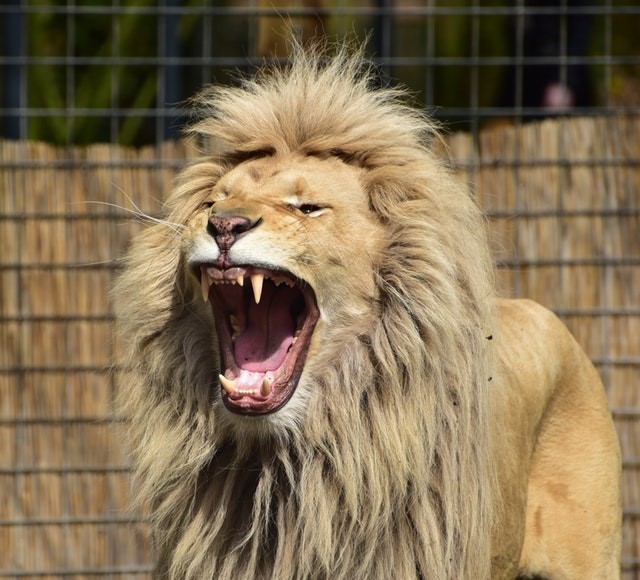 But not all lions want to eat you. Maybe Simba here is just having a yawn after a big cat nap. And maybe your career fears aren’t as scary as you think they are. The only way to find out? Take a close up, good hard look at them one by one – in a realistic, unemotional, and pragmatic way.

To learn more about how coaching could help you achieve your big (and possibly scary) career goals, take a look at this page on my website

Fed up with the world? Try some anti-trolling

Trust your own instincts, not mine

Goals: Can you have too much of a good thing?