Life’s full of difficult decisions… or is it?

Historically, I would class myself as a pretty indecisive person. There are times where I know exactly what I want, and deciding is easy (like which pizza to order in Pizza Express – the Calabrese, obviously) but there have been many occasions where I’ve been racked with fear of making a wrong choice. I remember at school being 14 and obsessively wondering if I should buy a beautiful but expensive white jumper I had seen in my local shopping centre. I desperately sought my friends’ opinions, my parents’ – I even asked my graphic design teacher’s opinion (I don’t believe he had a strong view).

For those of you on the edge of your seat – I didn’t buy the jumper in the end. I bought a cheaper version which wasn’t as good, but never mind. My point is this – over 16 years later, I realise it wouldn’t have mattered in the grand scheme of my life which way it had gone. But I remember the anguish something so trivial caused me at the time. The burden of repeatedly weighing up the pros and cons, and seeking others’ opinions to help justify a decision. And it really didn’t matter! You could say; of course that didn’t matter, it was a jumper not a big life-changing career decision, and you’d be right. But I believe the same principle applies to the bigger decisions as well. 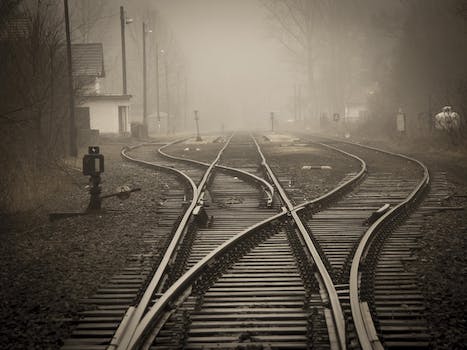 I don’t believe there is one singular right choice and one singular wrong choice when it comes to career dilemmas. If you’re deciding whether or not to make a career change, it’s likely that either option will lead to both opportunities and challenges in the future.

It’s not like accepting a certain job will exclusively set you on the ‘right’ path for life, with no opportunity to explore a different route at a later date. Likewise, if you decide to turn down a job offer you think you “should” accept, you’re not going to spend your life cursing the day you made that choice, with no other possibilities or options subsequently arising.

Here are my top 5 tips to help make that difficult career decision you’ve been agonising over:

It can be really tempting to seek others’ opinions when you’re agonising over a tricky decision. While it can be helpful to talk things through with a friend, be wary of letting their opinions overly influence your judgement.

Ultimately, you’re the one most likely to be affected by your decision, and if you make a choice based on what others think you could end up blaming them in the future if things go wrong.

Write a list of all the pros and cons for each of the choices you’re considering. If you’ve been offered two different jobs and aren’t sure which one to accept, write down what you do and don’t like about both opportunities.

Be specific and write down as many points as you can think of. Re-read the list. Then throw it away and reflect on what your gut instinct is telling you.

3. Imagine your future self

Those who read my previous blog on the back to school feeling I get in autumn will know I’m a fan of writing a letter to your future self to help define your goals. Imagining the details of your future self can also help with decision making.

Imagine what your day-to-day life could look like further down the line for each of the options available to you. If you relocate to France for the new job you just got offered, what could you be doing in 5 years’ time? If you don’t accept the internal promotion you’ve been offered, what might your role look like in 2 years’ time? Obviously you won’t know for sure, but it can help us make a decision today if we picture specifically what the decision could ultimately lead to.

Sometimes the constant weighing up of pros and cons and the anxiety surrounding the difficult decision can lead to a bit of analysis paralysis. Give yourself a break from overthinking and focus on something else for a while. Go for a walk, read a book, or play some sport (I’m suggesting sport, but in reality this is the one I’m least likely to do).

It’s not about distracting yourself from the problem, it’s about giving your mind a rest and giving yourself some space. You might find clarity arises when you least expect it, but don’t force it.

Don’t put off making the decision until you have reached a 100% certain perfect conclusion. It’s impossible to predict exactly how any decision is going to turn out. We can write lists and make educated guesses, but ultimately life happens and it is unpredictable.

Make a decision based on the information you have at the time, and accept that while in retrospect it may seem like a right or wrong choice, no single decision will have the power to put you on a set path with no opportunities to shift it in an alternative direction at a later date.

What decision have you been agonising over recently?

If you want to learn how coaching could help you make better career decisions, request a free 30 minute phone consultation here.

Want to find out more?

Get in touch with any questions here…